Welcome to Wanda ALU's website.     If you want to know about our products, please email us！   sales@aluminumsheet.org

How to Make Aluminium Plate & Sheet ？ 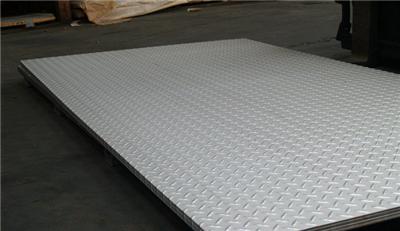 Aluminum ingots are directly cast into products after melting at high temperature. Generally, it is melted in an electric arc furnace, then poured into a high temperature resistant mold, and then cooled, crystallized, annealed or cut into products. In production, the melting atmosphere, melting temperature and cooling conditions are mainly controlled to ensure high production efficiency, crystallization meet the requirements and form a network structure.

Hot rolling generally refers to rolling above the recrystallization temperature of metal. During hot rolling, there are hardening and softening processes of metal at the same time. Due to the influence of deformation speed, as long as the recovery and recrystallization process is not carried out, there will be certain work hardening. Hot rolling can improve the processing properties of metals and alloys and reduce or eliminate casting defects.

Casting rolling is a new process that directly "casts and rolls" molten metal into semi-finished billets or finished products. The remarkable feature of this process is that its crystallizer is two rotating cast rolls with water-cooling system, and the melt completes solidification and hot rolling between the roll gaps, and it is completed in a very short time (2 ~ 3S).

Roll casting is a new technology developed in the 1970s. Its advantage is that molten metal liquid directly produces metal products through crystallization, casting and rolling in a rotating crystallizer.

Cold rolling refers to the rolling production mode below the recrystallization temperature. Dynamic recrystallization will not occur during rolling, and the temperature will rise to the recovery temperature at most. Cold rolling will appear work hardening state, and the work hardening rate is large. Cold rolled sheet and strip have high dimensional accuracy, good surface quality, uniform microstructure and properties. Products in various states can be obtained with heat treatment. Cold rolling can produce thin strip, and has the disadvantages of large deformation energy consumption and many processing passes.

Finishing equipment can correct the defects produced in the production process of hot rolling and cold rolling, such as edge cracking, oil entrainment, poor flatness, residual stress, etc. it needs to ensure that no other defects are brought into the production process. There are various finishing equipment, mainly including cross cutting, longitudinal shear, tension bending correction, annealing furnace, Slitter, etc.

I believe you have seen many websites of aluminum merchants, but you haven't chosen yet. I sincerely suggest that you choose to purchase our products. Not only because I work here.

We are different from ordinary trading companies, but a professional aluminum plate manufacturer with a production base. You are welcome to visit at any time! And we are a caring team, I believe that cooperation with us will make you satisfied!